Demand for Natural Justice and Due Process

The Data Protection Act 1998 (DPA) is an Act of Parliament of the United Kingdom of Great Britain and Northern Ireland which defines UK law on the processing of data on identifiable living people.

It is the main piece of legislation that governs the protection of personal data in the UK.  It all sounds quite simple doesn’t it … anyone who processes personal data about you, your name, address, telephone number, email address, is considered to be a data controller and has certain responsibilities to fulfil within the provisions of that act.

The Labour Party is a data controller.

Now when you signed up to become a member of the Labour Party, do you remember giving your express permission for the Party to trawl your social media accounts and use any information obtained from those accounts to suspend you …? Of course you don’t because you weren’t asked to give your permission and therein lies the problem (not for you, but for Mr McNicol).

You see political opinions are considered to be private data, but when you post it on social media … well it’s out there isn’t it (depending on your privacy settings of course).  However, because you were not asked to give your permission for that information to be used to potentially suspend you, that is a breach of the data protection act.

You should have been told, you weren’t – so DPA fail for Mr McNicol and the NEC. So effectively, the harvesting, trawls, whatever you wish to call it was illegal and so the subsequent use of illegally obtained information to suspend you is null and void.

For Mr McNicol and the NEC it’s a case of game over, access denied.

As if that wasn’t bad enough it appears that certain members of the NEC were taking home spreadsheets with members details in order to carry out their trawling activities … Let’s look at what the DPA has to say about that shall we:

Did you agree when you signed up for membership for your social media details to be taken to the home of a NEC member in order that she could trawl your social media posts and then suspend you? I’ll make it easy for you … the answer to that question is a big fat NO!  My suspicion is that either the Labour compliance unit or an outside group (Progress, Saving Labour, Labour Tomorrow) are running automated search processes against key words.

Once they find some they refer to compliance who check it then pass over to NEC in Compliance Unit (3 people basically) and then McNicol suspends.

According to Christine Shawcroft on her Facebook feed in September 11,250 complaints were received and 3963 people were suspended or excluded. That seems quite high for just members reporting on each other. A key question is where these complaints came from? All from different individuals or were certain people/groups generating a large number of complaints?

If Progress et al is trawling how are they able to match social media accounts against Labour members? Do they have access to the party data base of members details? If so that would be in breach of the DPA unless a contract exists, if it does then why and for what? If not, by processing and sharing personal data, Progress et al are committing criminal offences under DPA.

The data used to suspend you was gathered from Social Media and combined with personal data in control of Labour data controller thus was personal data under S.1(1) DPA and subject to data protection principles. Labour breached a number of these principles and made the discretionary decisions to suspend you on the basis of data it illegally processed under DPA.

The NEC took into account something it ought not to have taken account of  –  and its decision was therefore unreasonable in law and is ultra vire (outside their power). 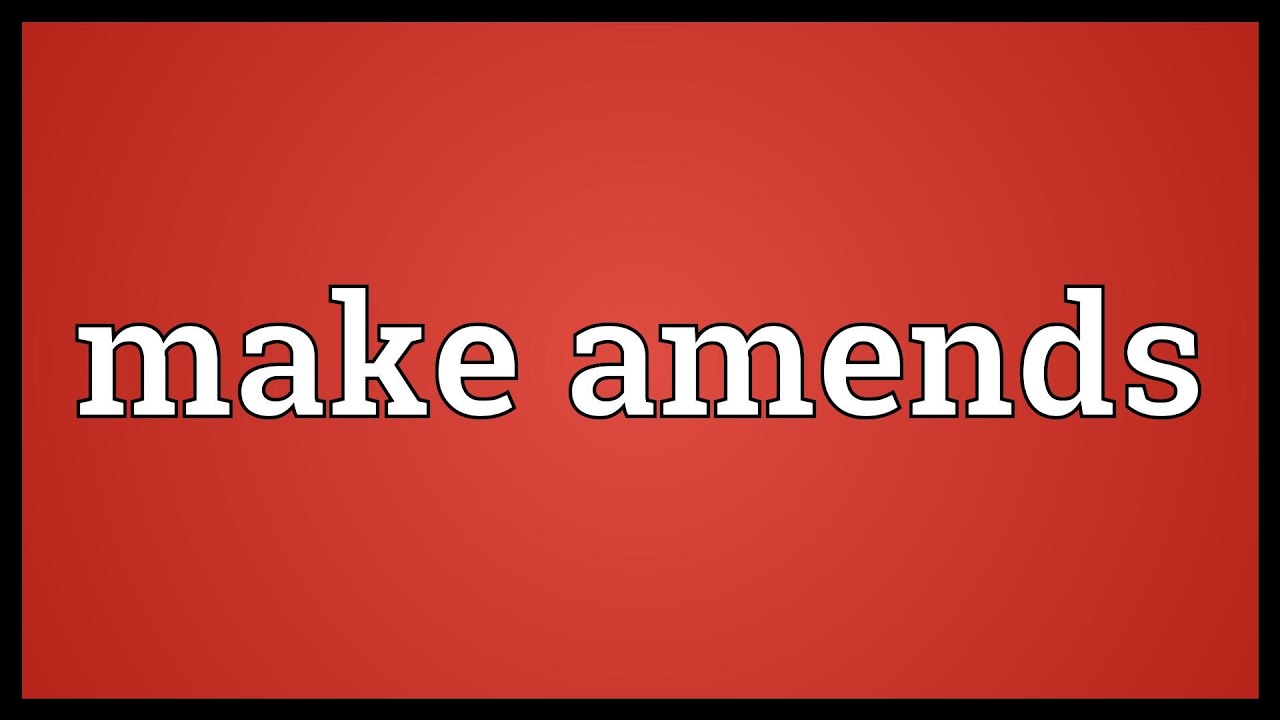 We the undersigned are dismayed by the actions of Iain McNicol in his role as General Secretary and the manner in which the administration of the Labour Party has been used to suspend or expel thousands of members.

The NEC has fallen short in ensuring that any and all suspension and expulsions are carried out with respect for due process and natural justice.

We have been made aware of a list of tweets and posts supplied to NEC members and used to justify and rationalise the manner in which the Compliance Unit and the NEC panels conduct the disciplinary affairs of the Party.

Regardless of whether we personally, or collectively, condemn many, the majority, or all of the tweets and posts provided to the NEC members as a justification we wish to categorically state that we condemn the process that has been used to deal with the problem.

Mr McNicol cites the rule book and the right for the NEC to automatically suspend a person if they are bringing the Party into disrepute. Firstly to use this as a justification for immediately suspending members is an abuse of the trust given to the NEC to deal with any clear cut case that meets that criteria. It is obvious to the `man in the street` that the spirit of that option is given in good faith and trust to allow for instant action in exceptional cases. We consider that the Labour Party itself has been brought into disrepute by the use of this trust to suspend or expel FOUR THOUSAND members.

We have had brought to our attention dozens of cases of people being suspended or expelled for spurious reasons, for retweets or reposts which may show support for the sentiment of another Party on for example, green issues, or even to express displeasure of the sentiment (for example UKIP tweets and posts). Equally we have examples of people whose health and wellbeing is affected to the extent they have taken the decision to resign from the Labour Party because the stress of the long drawn out process is aggravating their condition. We condemn the use of instant administrative suspensions by the Labour Party.

There are many issues related to this debacle: the lack of due process; the lack of natural justice; the issue of data protection violations. Just one case where any single of these is lacking is sufficient to bring the whole system into question.

Further, we have been told that the NEC considers that `this should never happen again`. INDEED. To that end we wish to make it clear that we expect an open and transparent investigation to look at how this came about, how it is allowed to continue and what went wrong.

We are very concerned, dismayed, that such trust given to the General Secretary to apply instant suspension or expulsion has been applied to justify the expulsion or suspension of 4,000 members. We therefore also consider that Chapter 6 of the rule book is completely overhauled to reflect the members disquiet on what we consider to be an abuse of this trust.

We demand that the Labour Party now constructs a transparent, clear process of dealing with any cases of discipline. We must have a new system that has at its very foundation: Natural Justice.

NOT GUILTY – I will not accept NEC `warning`

I have a number of friends who were Owen Smith supporters and who probably believed the hype about "nasty Corbyn supporters".

But when I got suspended they were genuinely shocked. I have had offers from them wanting to act as a character witness for me. Very sweet of them, but I have never done abuse.

Whilst waiting outside the B'ham hustings (I didn't get a ticket) while some were booing Owen Smith and calling him a traitor, I shook his hand and welcomed him and genuinely told him it was nice to meet him. It's who I am and how I am. At 55 I am hardly going to change now.

But that is not the same as "rolling over". Far from it. When I feel strongly about an injustice I do not let go. It is usually about other people, but this time I guess I am the one feeling oppressed!

I was suspended near to the end of the 2nd election campaign, just two days after I finally got an email vote and voted Corbyn!

I haven't had any explanation, and to be left like this in limbo, I consider an insult to all my efforts in supporting and working with Labour (mobilisation officer for In Campaign in my area) campaigning, attending meetings, standing up for Jeremy Corbyn as leader.

In a further crass decision by the NEC they are now lifting suspensions by proclaiming a person guilty and giving them a WARNING and also informing members that `it will be left on file for future reference`!

It is disturbing that the L.P. have zero respect for due process and natural justice.

We have dozens of people who have been sent no evidence of their alleged crime, given no right of reply - and yet the NEC act as a combined judge jury and executioner.

NO CHECKS NO BALANCES

Addressed to one of the resigning MPs, the text was: '@RhonddaBryant Thanks for the long pompous resignation letter. If only you could shit outside the tent instead of in it! Bye'.

Now 4 months later they receive this:

"I am pleased to inform you that your administrative suspension from the Labour Party has been lifted and that you are now free to resume active membership. You were suspended following posts you allegedly wrote on Social Media which may have caused offence to some members.

The NEC has since taken into account the wider context in which your comments were made and has seen fit to lift your suspension with immediate effect. We welcome you back to full membership of the Party".

I think it is crucial to demand an apology. This should, at most , have been put in a file to issue a possible warning (and then dismissed) - certainly not instant suspension for abuse.

I got my ‘un-suspension’ letter today :

I was suspended on a whim for something that was obviously not worth a suspension, but which could serve as a useful pretext to remove a Corbyn supporter’s vote from him? They cashed my £10.00 cheque for my SAR a couple of weeks ago, so I hope this will shed more light when it eventually comes through. Iain McNichol ‘welcome[s me] back to full membership of the Party’. I’ll bet he does as well!

I am fuming that this was quite obviously a trumped up charge that some over enthusiastic compliance officer has just acted on without due care. I’ve missed the leadership election, my branch meetings and my CLP AGM as a result of this suspension. It doesn’t even say what the allegation is. I cannot WAIT for my SAR to come through. They cashed the cheque a couple of weeks ago so they had better send me one.

I’ve missed the leadership election, my branch meetings and my CLP AGM as a result of this suspension. It doesn’t even say what the allegation is. I cannot WAIT for my SAR to come through. They cashed the cheque a couple of weeks ago so they had better send me one.

NO APOLOGY - NOTHING - UNACCEPTABLE